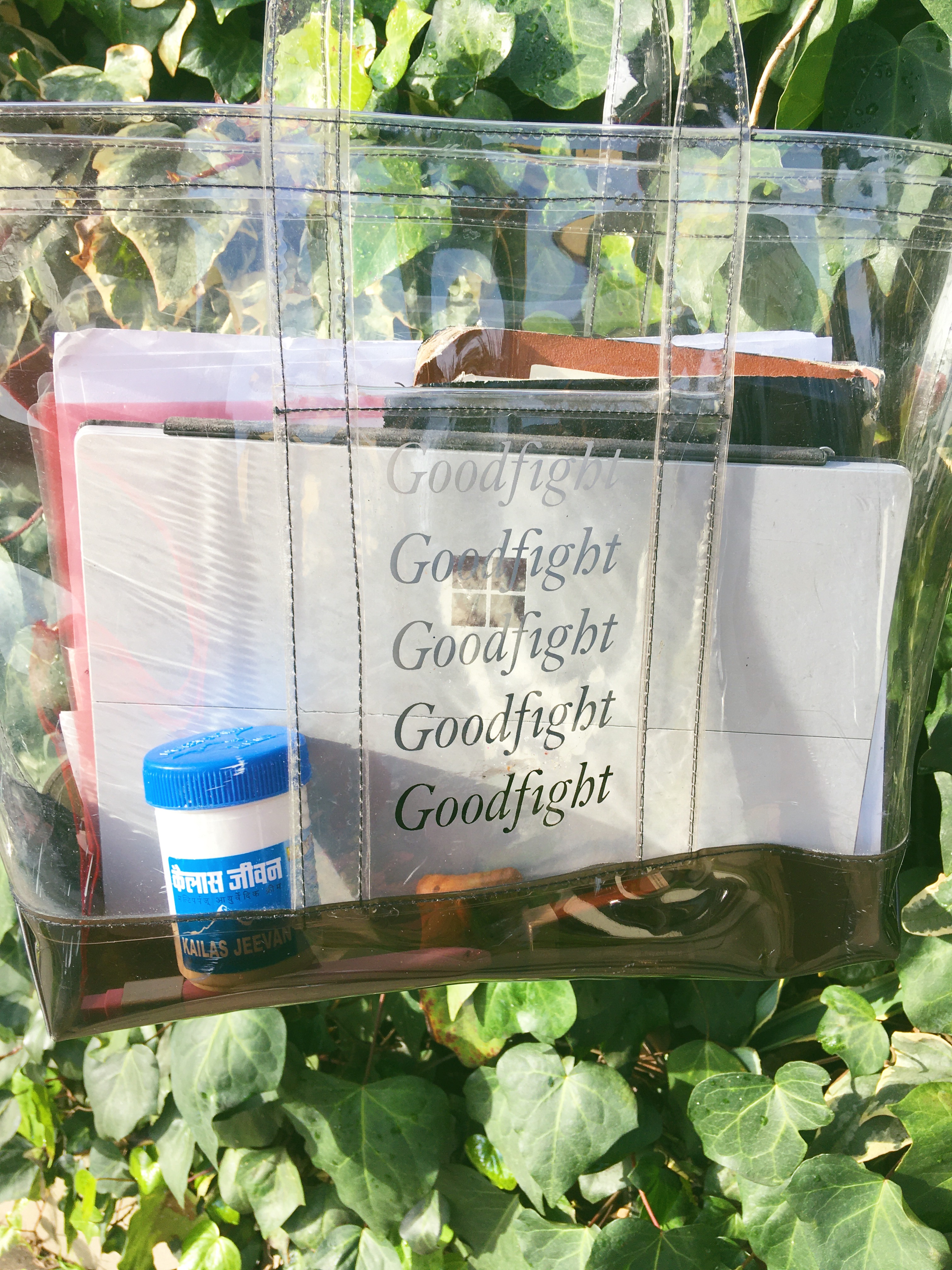 A trip to Israel unexpectedly introduced me to, of all things, one of India’s biggest cult beauty products. Along with my four year old, I had gone for a wedding in early October—a festive time for sure, and also one of high mosquito activity. I stayed afterwards with the bride and groom in the Tel Aviv apartment they shared: an airy spot, where the bedrooms had an adjacent open-air balcony. At night, you could count the stars in the sky through the missing panels of the balcony as you drifted off to sleep; in the morning you could count the multitudes of inflamed bug bites you acquired. My kid and I would wake up speckled and pulsing, itching and cursing Hebrew expletives.

After the first night, Noga, my newlywed friend who I credit with having the best taste in the world, handed me an ointment she described as a “miracle healer”—and for good reason. Kailas Jeevan, an Ayurvedic product a friend of hers brought back from India (where it is available in pharmacies and markets) instantly took away the itch and shrunk our bites to the extent that we forgot about them, or until new ones appeared the next day. Each morning we pleaded to dip into that tub of ointment, using only the scantest bit of product, knowing that Noga couldn’t easily get more. Upon my return to Los Angeles, I realized Kailas Jeevan was available on Amazon Prime for under $10.

New-to-me but by no means new, the formula was created in the late 1950s by Vasudeo Shivram Kolhatkar, who was actually a kirtankar (a traveling storyteller, devotional musician, and functionally a medicine man) in the state of Maharashtra. “My family used Kailas Jeevan like the Windex from My Big Fat Greek Wedding; a cure-all and an innately Indian choice,” Swati Argade, founder and creative director of Brooklyn sustainable fashion boutique Bhoomki shared with me. “It was very much a part of our pride and the movement of Indian beauty and ancient Indian fixatives.”

So natural you can literally eat it, Kailas Jeevan is meant to be used topically or taken internally in accordance with the Ayurvedic remedy for excess body heat and Pitta (although I and everyone I spoke to only use it in the topical sense). Pitta, as explained to me by Ayurvedic doctor Dr. Pratima Raichur, “Is the balance between the combined energies of fire and water. When out of balance, this fiery energy can lead to shorter tempers, aggravation, over-competitiveness, and feelings of burnout. On the skin, common Pitta imbalances include congestion in the t-zone, rosacea, inflammation, acne and sensitivities.” Inside Kailas Jeevan is a blend of coconut oil, sandalwood oil, neem leaves, shorea robusta resin (sal tree, native to India), camphor flakes, gokhru and abuta herbs, bermuda grass, and talc powder. The ointment has the consistency of, let’s say, a mash that has been ground with a mortar and pestle. It is thick, cooling to the touch and acts as an antiseptic to treat a list of ailments long and various— from burns to pimples to ringworm to cracked heels to hemorrhoids. The smell is medicinal and powdery, with a hint of warmth from the sandalwood.

I began reaching for it at any opportunity: for my daughter’s scraped knees (as an antiseptic) and her dry, sensitive cold-bedraggled nostrils (as a thick moisturizer). A gnarly kitchen steam burn that marred my inner wrist around early December disappeared by New Year’s Day, leaving no trace of discoloration after daily treatments. I toted the blue-and-white tub around in my see-through Good Fight tote and fancied I was in good company with actress Priyanka Chopra, who told Well+Good she never went anywhere without it.

After a few months of regular use (and barely making a dent in my supply) I stumbled on a few Indian beauty vloggers extolling the benefits of Kailas Jeevan as a night cream. I went for it. My nose—and only my nose— is typically ruddy, flaky, and speckled with red blemishes. Concealers and primers are completely useless—they always flake off. And Cerave, Skinfood, or cortisone cream only relieve the terrain for a few hours. A thin application of Kailas Jeevan, however, makes this normally Mars-like-landscape smooth and supple for a full eight hours with no cracks forming. It is incredibly cooling, protective, and absorbs into the skin slowly. The ointment did not directly address the red blemishes—though conceivably its antiseptic properties helped them heal faster—but that’s okay. I’d rather have a smooth base upon which I can finally spot-conceal: no small miracle.

“There’s a pedestrian awareness of Kailas Jeevan, like Dove or Pond’s,” Argade pointed out to me, “It’s a known secret. A lot of actresses in Bollywood talk about it, you’ll see it pop up in glossies in India.” Iva Dixit, an associate editor at The New York Times Magazine and skincare hero, also told me the “ubiquitous” product was interwoven into her childhood, “I remember a girl in my dormitory in boarding school used to have this giant tub of it. I used it on the cracked skin on my foot and dry patches on my elbows before going to bed at night, and on the cuts and scratches from playing sports.” She also explained that there’s “lots of these homegrown Indian creams that have been around for generations, including Vicco Turmeric, Boroline, and Boroplus” that are highly regional. People I spoke to with roots in Indian states farther north were actually unfamiliar with Kailas Jeevan. Priyanka Mattoo, the entertainment writer, director, and Foxy Browns podcast co-host said another traditional Ayurvedic cream, Boroline, was her go-to.

The consistency of Boroline, which is also easy to find on Amazon, is far more hand cream-like with a more refined scent, and very chic packaging akin to an Aesop metal tube. “I use it for everything,” Mattoo says, “My mother is a botanist and takes her creams very seriously, and she used it on my diaper rash when I was a baby. It has a moisturizing and sealing effect, and I really love the smell. My grandfather used it on his face and it’s a wonderful sense memory.”

Photos via the author

How To Cohabitate With Your Body’s 38 Trillion Microorganisms

I Loved My Freckles, Then I Lasered Them Off

How To Be A Person Who Has Their Life Together