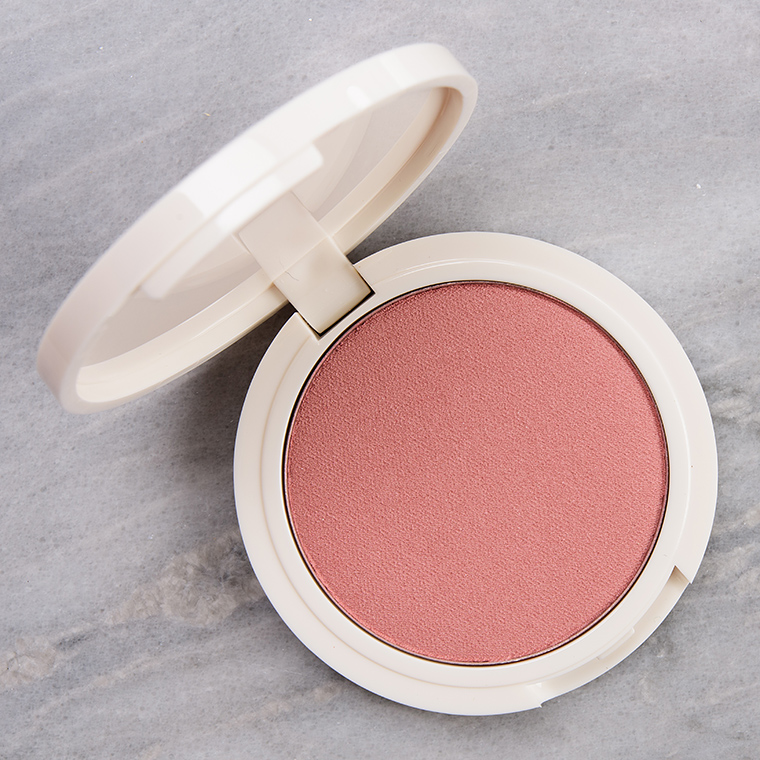 Persona Carmel Super Blush ($22.00 for 0.18 oz.) is a medium-dark pink with strong, warm undertones and a satin finish. It seemed to have nearly imperceptible shimmer throughout the product, which didn’t translate into visible shimmer applied to skin but gave it a subtle sheen. The consistency was soft, smooth, and blendable without being powdery, and it had more noticeable slip to it (like you might find in a silicone-based primer).

It had nearly opaque pigmentation in a single layer, which was more pigmentation than I expected based on the claims for this formula. I think the color can be built up by using a lighter hand, though, so it was workable and likely not a deal-breaker for most. It stayed on well for nine hours before showing signs of fading.

The formula is described as “buildable, budge-proof” that “minimize[s] the appearance of pores and fine lines” and has a “matte yet luminous finish.” The pigmentation was more semi-opaque to opaque coverage, but the texture was smooth without being too powdery, so one could use a lighter hand to get sheerer, more buildable coverage.

The powder applied well to bare skin and felt velvety like a silicone primer would, both in feel and look, as the powder diffused easily on my skin and had a satin finish on my skin–not quite matte but not overly shimmery either. It looked more seamless than a true matte blush would be, and I’d say that’s where it closes in on its claim about minimizing the look of pores and fine lines. The formula wore well for nine hours before fading visibly on me.

Browse all of our Persona Super Blush swatches.

We hope you’ll consider supporting Temptalia by shopping through our links below. Thanks!

When you purchase through our links above, you help support Temptalia. Thank You!

How do you store and organize your skincare?